skip to main | skip to sidebar

Keeping up with Broadway

You'll find plenty of write-ups cheering the "natural progression" of Starbucks opening on Spring Street and 6th in Downtown Los Angeles. I get that Starbucks has its fans, but it just seems weird to drop a few dollars on Starbucks coffee on Spring Street when there are about five other coffee options within a block.

I've said so before, but I'm fascinated by the long-time businesses that try to stay relevant while Downtown residential and retail demographics change. That includes Stereoline, the guitar shop where I picked up a bass for EzraPounded a couple years ago. They were bumped out by Starbucks and landed a block away in a cramped space on Broadway. Not only did they lose their prime corner location, they ended their run a couple months ago when the driver of a van crashed into one of the Stereoline storefront windows.

What's a business to do when the customer base is moving to other neighborhoods? Some move to keep up with the clientele, while others drift from location to location and try out gimmicks and goofy signs.

On the 500 block of Broadway, Sassy Perfume is putting up new wall signs tonight. Check out that hot pink. 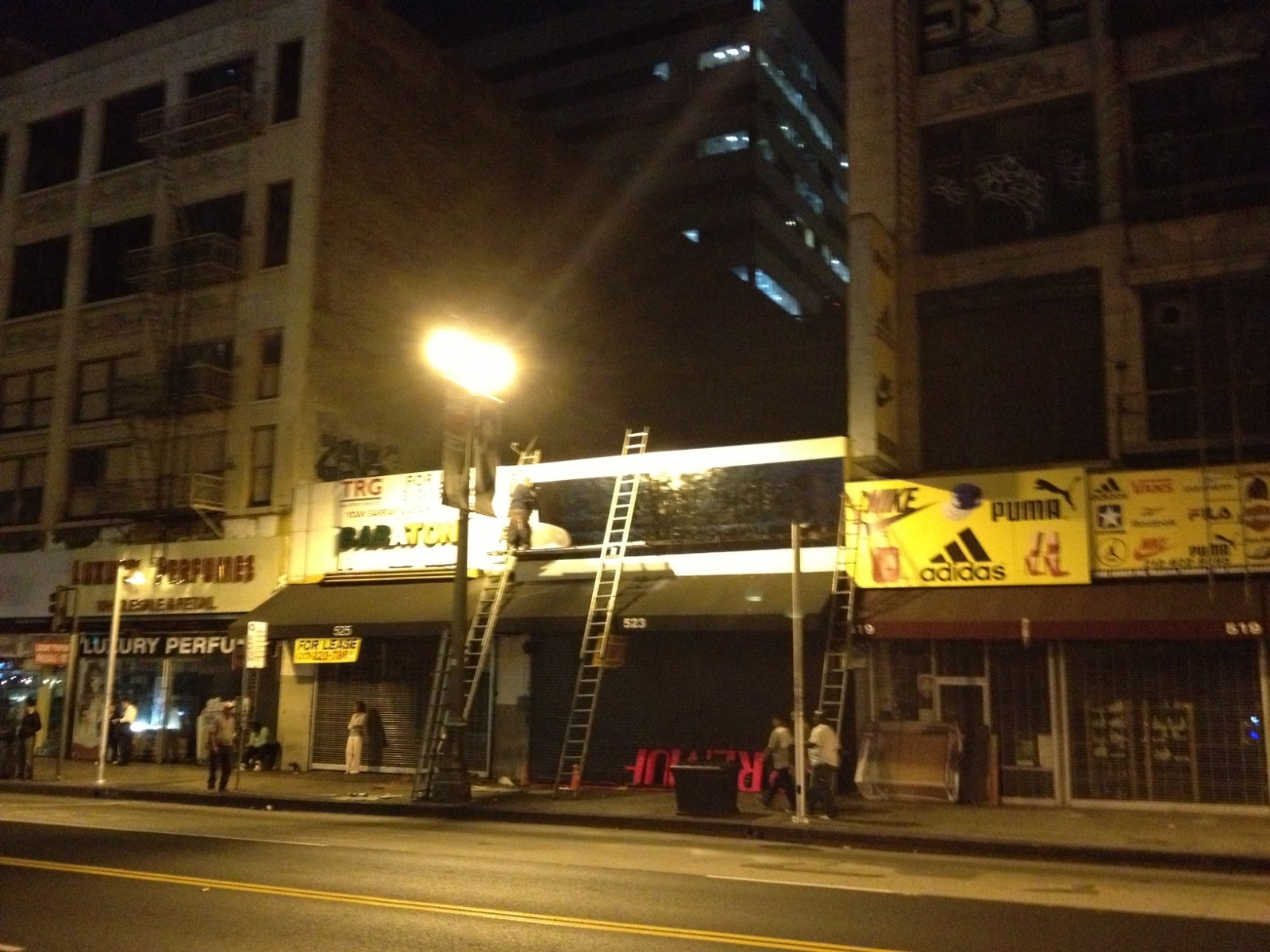 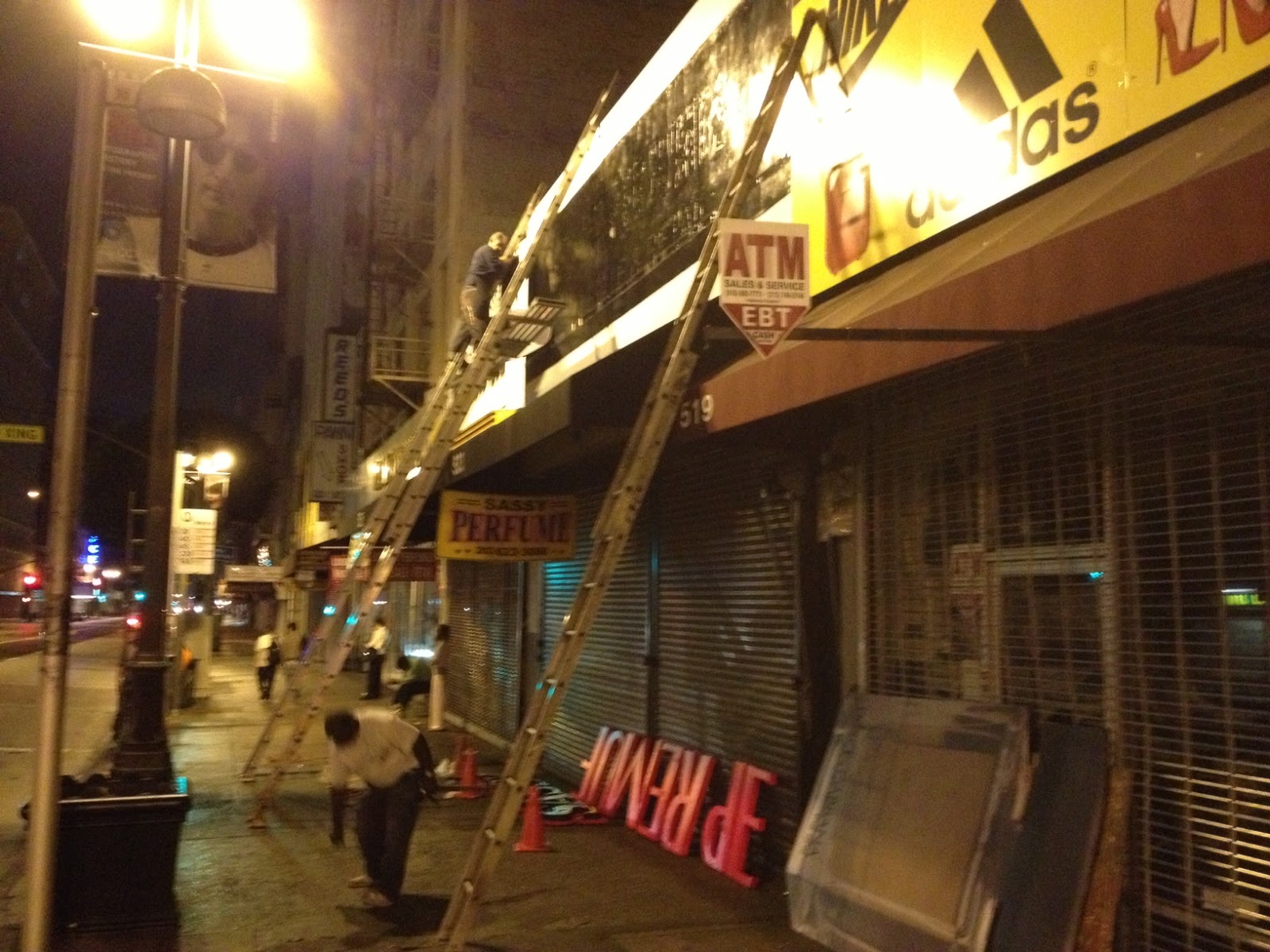 Posted by BaddicusFinch at 12:39 AM No comments:

I'm fallen way behind, so here's a little catch-up. I hope you had a chance to say goodbye to the old checkered tile inside the Arcade Building. Out with the old, in with the new. The new tile is already filthy, so you can hardly tell the difference.

Posted by BaddicusFinch at 6:38 AM No comments:

I took a few days off work last week to catch up on some things, including my morning jog around town. On Wednesday morning the three finalists in the design competition for the 6th Street Viaduct (6th Street Bridge) replacement project set up displays inside the Los Angeles Public Works Building. Inside I went to get the lowdown on the proposals to replace the deteriorating connector between Downtown and Boyle Heights.

So it's down to AECOM, HNTB, and Parsons. The staffers representing AECOM and Parsons were kind enough to answer my bonehead questions despite my sweaty appearance, and the HNTB folks rolled up just as I was leaving. The end selection will most likely come down to cost, and you can bet the nice connections to the lower level and recreational and river access improvements will be trimmed. Whatever happens, I'll have a new jogging route to look forward to. 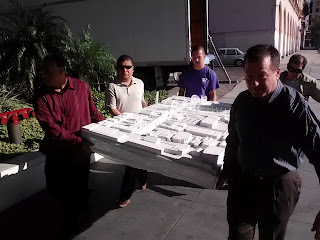 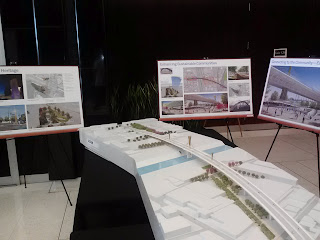 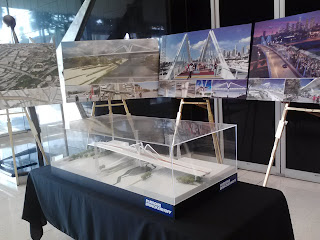 Posted by BaddicusFinch at 5:52 AM No comments:

I haven't been to Zacatecas, the Mexican state my grandparents hail from since I was in junior high in the 1980s. In fact, that's the only time I've been there. I have great memories of riding a burro, taking an aerial tram up a peak in the middle of town, and relaxing in natural hot springs without a care in the world, even when it started raining.

I've been talking about going back for years, and I came close when I studied Spanish in Guadalajara in 1997 only to abruptly return home when my grandfather passed away. Since then whenever I broach the idea of a vacation down south, all I hear is a chorus of "Mexico is so dangerous" and "let's wait until things get better." I realize I'm going to be waiting a lifetime, so I'm just going to have to go by myself one of these days.

In the meantime, a little piece of Zacatecas is here in Los Angeles. A bronze sculpture of Zacatecas-native Antonio Aguilar was unveiled yesterday at Placita de Dolores, which is just off Olvera Street, and the stone base was chiseled out from a Zacatecas quarry.

Of the $200,000 price tag, $50,000 came from "city beautification project funds," which sounds like a portion of the general fund, which sounds like a bad deal in these lean times. At least the artist, Dan Medina, is a local guy, so hopefully he'll recycle some of his fee back into the local economy. 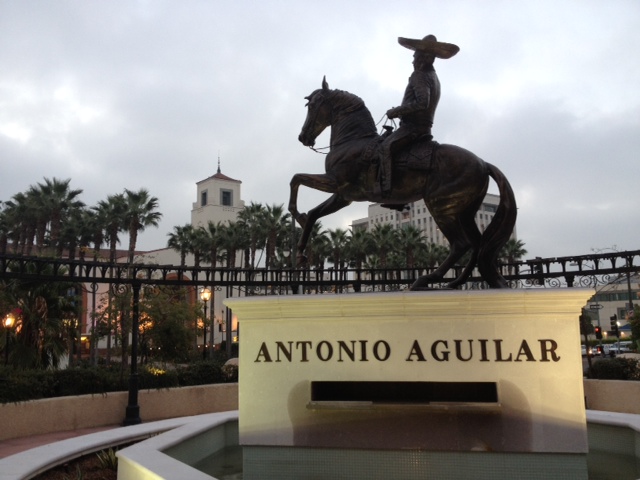 Posted by BaddicusFinch at 12:47 AM No comments: 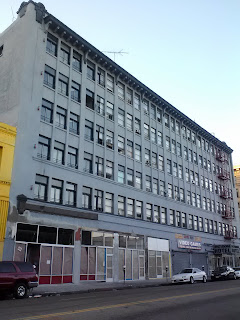 Posted by BaddicusFinch at 7:14 PM No comments:

I wonder how the color will fare. The Baltimore has been a grey "color" for years, and we all know that grey is the exterior paint (and other construction material) color of the moment. Stay or go, gray or no? 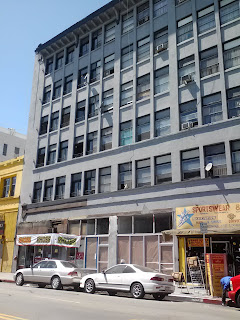 Posted by BaddicusFinch at 12:14 AM No comments: 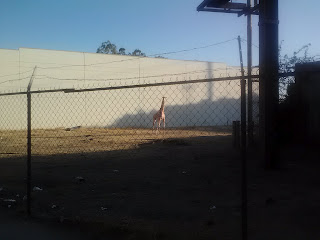 Posted by BaddicusFinch at 10:23 PM No comments: